Yes, my site is responsive – feel free to continue.

Yet, may I suggest to use something bigger instead?

Look, I put so much effort into the layout and you will not get much out of it on a tiny screen.

At some point I decided it is time to wrap things up, and so I became a product and interaction designer by degree.

Since then, I mostly made interactive media installations, games and VR with Unity and vvvv including corpus designs, graphics and 3d assets and software development, depending on what was needed. I love to make things getting alive. 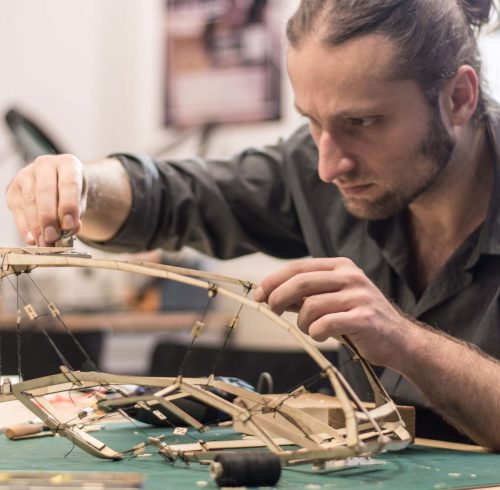 those jobs I love to take

I do Unity programming since my studies.
After Oculus came up with their first Virtual Reality glasses I work with all kind of VR hardware. I do simple architecture or media VR simulations to full-grown unity games. What I like about unity is the fast prototype development that will never become a triple A game but for all the installations and simulations is just perfect.

I studied product designer with a specialization on interaction design. We got taught stuff from sketching, over the Adobe Suite, CAD and 3d applications to building models, mock-ups and prototypes by hand. I am good with wood, have an eye for pictures and can make things actually work and I have used these skills in various projects. Have a look into my skills section if you want to know more.

I just love patching with vvvv. I make projects from a few screens or projectors on a single machine up to boygrouped systems in media installations with haptic inputs and physical representations such as robots or kinetic sculptures. I'd love to make some interactive projection mapping if you let me. Have a scrub through my portfolio.

live is a project

- check out what i can do

As a child I loved to build plastic models. When I got my first PC in the 90s I digged into the media programs I got my hands on, drew cartoons, built and animated the models I couldn’t afford to buy.

Later as a student I DIY’ed timbered furniture from wood bought cheaply or nicked and rebuilt old-timer bicycles from leftovers I found in the streets. While studying physics I used my spare time working for a free magazine and doing movie projects. When I started using Adobe flash as an animation tool I was intrigued to also try the programming. Besides the geekiness of the matter I understood: any material, wood, metal, pen and paper or even source code is just another medium for creativity and do some magic.

In becoming a designer I finally found a profession to put all my interests and skills into one useful complex.
Today as a designer I am quite good at many trades, expert at some and I understand communicating with and mediate between the many different art and crafts people I work with. Thus, I can manage concepts over departments and keep the red line consistent even in complex projects.

I have tried, but I am not good at it, or probably don’t like it.
Let’s not talk about it.

I have been doing this few times but not a lot, or long time ago. I learn fast though.

I am quite good at this.
I can provide on a semi-professional level.

I am good at this. I can provide efficiently on a pro-fessional level. I can teach it.

I am awesome at this and fast.
I know what I am doing.
I can teach it.

(edit, will vanish when published)

The only craftsmanship I learned in an official educational Environment was model building, everything else I learned from watching people, reading or trial and error.

simple electrical setups up to 250 volts

I started programming ActionScript and C sharp professionally in 2007 and collected all kind of frameworks and programming concepts (object/list orientated, scripted/visual) since. I taught different languages at the university and lead projects with groups of game development students.

I have been working with all kind of imagery and video software since I was ten years old. Today I just use the Adobe Suite up and down since it is the best bargain of reliability, documentation and compatibility  when working with other people or companies.

My personal workflow is doing the high quality or mathematically generated models or objects meant for 3d printing with Rhino. After that I do UV mapping and animating with Cinema to then port fbx or Collada files to the programming frameworks.

(edit, will vanish when published)

Let’s skip the above rating definitions, this is just a