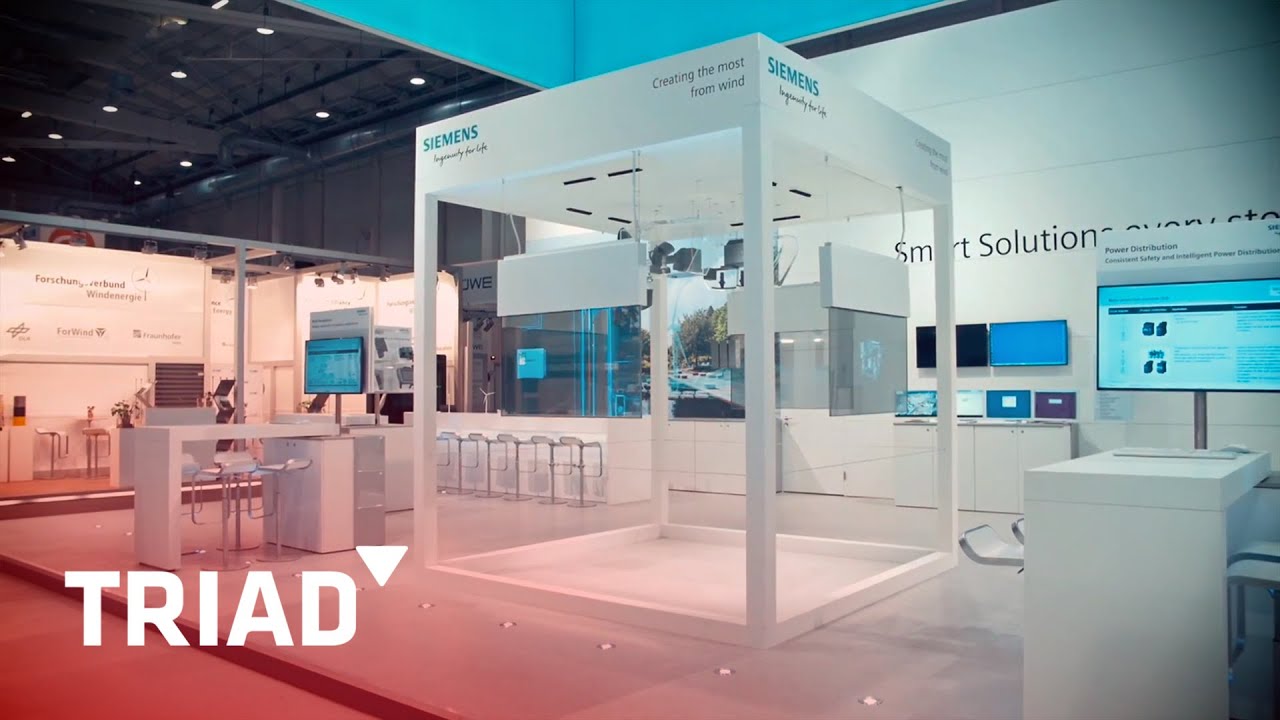 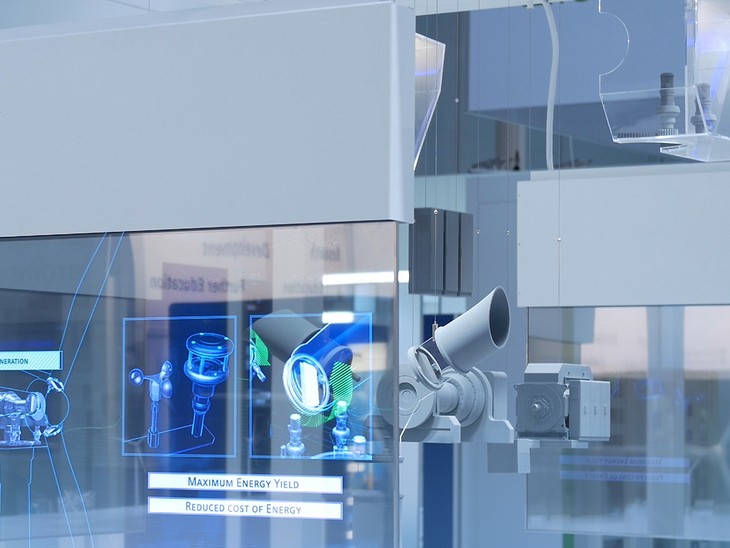 Siemens Windturbine at Wind Energy Hamburg 2016 © TRIAD Berlin
(click to edit) There is some javascript here for the premium elementor media grid to replace videos by looping slomo exerpts!
in PREMIUM MEDIA GRID:
insert image,    set to video    type: youtube    url: youtube url    controls/mute, work on Lightbox, which is cool feature, i recommend controls always true,    delete the lightbox icon in style/lightbox, maybe play wih margin
THE MAGIC - insert into title:     slomoSection( 'youtubeid' , 111 , 222 , 0.5 )     nothing else! 111 is start time, 222 is stoptime, 0.5 is speed, title will be replaced by title from youtube
this will vanish on published page

In 2016 TRIAD produced a hand full off interactive exhibits for Siemens‘ stage at the Wind Energy Hamburg. I mainly worked on the the wind turbine cube, a kinetic sculpture with transparent oled info screens. The kinetic sculpture was moved by a seperate motion controller that was controlled by a vvvv master which also showed the video content on the four screens. This could either be in auto mode or controlled by a tablet remote.

The most complicated task was to find the right timing for the motion and the distribution of the multiple movies independently on different screens. I had to patch up an animation engine within vvvv that was taking care of that timing while showing the movie content for us to finetune the physical movement to the movies.

Aditionally after relocation you never knew which screen was which and if you did something wrong while hanging the models or if the motor controller overheated  and shut down the shiney 3d printed models even could fall. That happened once, luckily with the dummy weights during tests but we wanted to prevent that from happening again.

So in the end the vvvv backend became a giantic monster of interactive timeline state machine with debugging tools and failsaves on top. Next kinetic sculpture will hopefully be something more generic and less fragile in terms of motion control.